R L Stine is for kids right? Not this one...

I'm not big on doing reviews of titles, but hey, this is R L Stine and of course he's noted for his kids' books. So what's with this adult title? Aside from the expected gratuitous sex and spooky scenes from any late night movie, it's not bad. The story moves along very fast, chapters are short and the plot is plausible despite a few big gaps. It's better than I could do so we'll just leave it at that. If you need a good, light but creepy book that doesn't take much thought and can be read in a night or two, this is your ticket.

Not to spoil it, picture a sleepy Long Island town, a typical family struggling with the new millennium, and a mom who writes a travel blog and goes to a small island. She gets there at the wrong time, a hurricane wipes everything out, she finds two homeless twin boys that she brings home to Long Island but The Brady Bunch it's not. Anything more would give it away, Stine doesn't go in for complicated plots.

So now when the kids ask whether I've ever read R L Stine, I can say yes. But I won't mention the title. 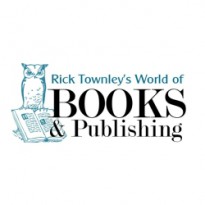